does a sink need a vent? (Explained)6 min read

If you’re installing a new sink or are curious about your own, you may have wondered if sinks require vents. Whilst not all vents are visible, they play a crucial role in the effective and safe functioning of your drainage system.

All house sinks ranging from the bathroom to the kitchen require vents. Vents allow air into the plumbing system preventing vacuums from forming. Vents also expel harmful gas and prevent nasty sewage gasses from entering the home. Many plumbing fixtures by code require a vent.

In this article, we go into detail on how important vents are in the drainage system and why you should be aware of them.

does a sink need a vent?

Every sink within the home, whether the sink is in the bathroom or the kitchen, requires a vent. Without a vent, the drainage of these fixtures won’t function correctly which can lead to many serious issues.

Many plumbing fixtures by code require a vent, and building codes also require vents for every fixture in the home that requires plumbing. This can range from sinks to toilets and bathtubs.

Since building codes and fixtures themselves state a vent is required, it’s likely that existing plumbing fixtures within your home have vents. However, vents aren’t always visible.

Often vents will be within walls leading to the outside or will be stacked vents (where all drains are connected to and use one vent).

How does a sink vent work?

The plumbing system within the home is comprised of four main components: Waste drains, waste vents, potable water, and rainwater. For fixtures and drains to function adequately, the system needs to be properly vented.

Negative pressure is created when sinks drain. For example, when a sink plug hole is released water will flow down the drainage pipe. If there’s no vent attached to the sink then this creates a change in pressure which can cause blockages. Vents prevent gurgling in sinks and P-traps to be siphoned out, allowing sewer gasses into the home.

Each sink or plumbing fixture within the home will have a vent pipe as shown in the diagram below:

Many vents from different fixtures lead to one larger vent which is external. It’s important that debris and bird nests are kept clear from the vent to continue functioning correctly.

what happens if a sink is not vented?

When a sink is not vented at all the consequences can be serious ranging from omitting nasty smells to becoming explosive. The most likely implications of a poorly vented sink relate to a lack of air circulation and water remaining stagnant in the plumbing system.

Here are some common symptoms and how to tell if your sink lacks a well-functioning vent:

The most serious consequence of a sink without a vent is the possibility of sewer gas entering the home through the drain. Whilst this is unpleasant, there are also significant health and safety risks to exposure to sewer gas:

It’s therefore very important to ensure your sink has a vent, and if it doesn’t have a vent you should get one installed.

A blocked building vent can also cause similar symptoms to a sink lacking a vent. This can occur when a bird’s nest or general debris gets into the vent, and this would cause issues for all plumbing fixtures in the home.

Check out the below video showing a variety of blockages in vents:

If the building vent is blocked you are also likely to experience:

Where you suspect a blockage in a plumbing vent, you can either clear the blockage yourself or hire a plumber to do so.

There are two main types of vents for plumbing fixtures and sinks:

Traditional sink vents are the most reliable form of vent only if the exterior vent exit is well maintained. The main risk with exterior vents is blockage.

The AAV (air admittance valve) is a mechanical device that can take the place of traditional plumbing vents at the plumbing fixture. They work by allowing air into the drain without allowing sewer gas to enter the building. Below is a diagram showing traditional vents vs AAV vents:

AAVs have a few advantages compared with traditional vents:

The main concern with mechanical vents is that the seal may eventually fail, and if there’s a sewage backup they could leak into the home. Saying this, many manufacturers such as Sioux Chief offer lifetime warrantys protecting the user against these risks.

Many home owners will install AAVs to sinks that lack vents due to the ease of installation and the convenience on offer.

Note: even if AAVs are used, buildings still require at least one full size plumbing vent to be installed.

Some states do not allow the use of AAVs due to the risk mentioned. The states that allow AAVs are: Alabama, Alaska, Colorado, Delaware, Florida, Hawaii, Illinois, Kentucky, Maryland, Missouri, Montana, New Mexico, New Jersey, Pennsylvania, Texas, Washington, Virginia, and Vermont. It’s therefore prudent to pay close attention to your IPC and UPC, which are the main plumbing codes.

how do you vent a sink

If you discover that your sink does not have a vent, you should either call a plumber to get a vent installed or install one yourself.

Two common plumbing set ups which often function without a vent are an S-trap or using two traps rather than one. Utilising two traps is illegal and S-traps are prohibited under the Uniform Plumbing Code.

Both the two trap set up and the S-trap set up risk releasing harmful sewer gas into the home, and a vent should be installed.

Typically a licensed plumber is required to install an external vent to the sink. This is because a proper vent stack is not installed, which is a specialist job which needs to comply with strict plumbing codes.

If you’re a skilled handyman, you may be able to install the vent as a DIY job. Before attempting this you should check:

Here is an instructional video showing how to install an air admittance valve to a sink:

Any kind of plumbing fixture in the home, including sinks, require a vent to be installed by law. In addition to ensuring drainage functions well, vents prevent sewage fumes from entering the home which can be extremely harmful.

If you suspect your sink lacks a vent, you should either call a licensed plumber to install an external vent or have an air admitance valve installed. 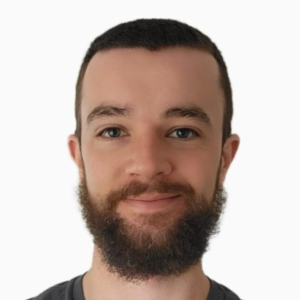 Hi I'm John, one of the contributors for this site!
PrevPreviousRadiators Downstairs Not Working: 6 simple steps to fix
NextRadiator cold at top: 2 common causes and how to fixNext

as an Amazon Associate I earn from qualifying purchases.